I walked out of the office the other day and saw one of my workmates chilling in the hallway. She was wearing a peaked hat and dark sunnies, and yet it was overcast and raining outside. She’d just stepped out of a crowded meeting room for a break, she was overstimulated and needed to get out for a few minutes to relax.

I hadn’t seen her for quite a while, but I knew the reason behind her absence as I’d heard the rumours. She’d had what is often called a “concussion” or a TBI (traumatic brain injury) depending on how you want to call it. Her fatigue levels had reduced down to the degree that she was able to do some work, but exposure to artificial light, and even computer screens had her feeling nauseous, hence the hat and sunnies.

We had a chat and she talked about her progress and the advice she’d been given by another woman scientist at my work who is still recovering from a head injury she received one and a half years ago. The advice was to take the time to come right slowly, don’t try to come back too work to soon. 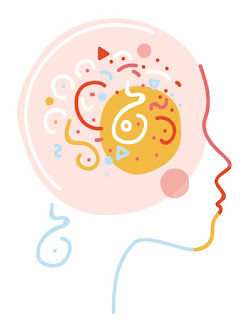 These are highly achieving people who typically find this kind of advice hard to take. Another buddy of mine, also a woman scientist, but not at my work, was also badly concussed recently in a cycling accident, but her recovery has been pretty swift, by comparison to the first two. The first weeks were pretty bad, and being the co-leader of a 12 million dollar project, she’s not the kind of person who thinks its acceptable to take a nap half-way through the day.

If I do a tally up, I can think of 4 people I know of at my work, or who work with the scientists at my work who have received head injuries in the last 2 years. All of them very highly intelligent professionals. None of them risk-takers, all of them with access to good medical advice and an understanding work-place.

What if you didn’t have access to all the support systems that a well paid professional with a PhD has? What if you were young and bullet-proof and a risk taker by nature? What are the chances that somewhere along the way you are going to get a good smack on the head, give someone else one, or get head-injured in a car accident? What percentage of people in jail have undiagnosed head injuries? Do you know what some of the side-effects of a head injury are?

If you were in the wrong place at the wrong time, with poor support, these behaviours could easily see you in trouble with the law, especially if you medicate with drugs and alcohol.

I’ve also met a few cyclists on social media who are recovering from head injuries, and sadly as time goes on, I watch new people join them. Hitting someone’s wayward dog at 50kmh has that kind of an effect.

So what can you do, not go outside? It wouldn’t have helped the two women at my work, one banged her head on a cupboard and the other slipped in the shower. Just look after yourself, the best way you know how. And if you come across someone who has a head injury, try to understand what might be going on on the inside.