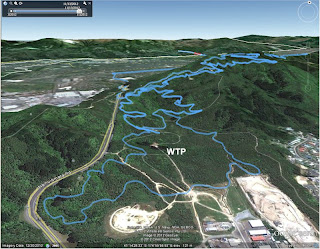 I have had an inkling to do Taupo’s 85km Huka Challenge on my CX bike next weekend, but before I commit to it I thought I better get out onto the most similar terrain I can find on my own back yard. That would be the WTP (Wainuiomata Trail Park). Taking the “long way home” was the plan, and although the direct route of going straight up Summit road was the closest to  my work, it would have been a bit of a push with only 34-25 gearing. Its usually granny-granny on my MTB. WTP has some great smooth trails, and I’d heard a lot of work had been done on their most recent one “Towai “. The last time I rode it was in a race (before I got lost) on my rigid Karate Monkey, and although it was a handful, it was a fun but demanding trail.

The recent work had taken a lot of the rough edges off the trail and made it 99% rideable on my Singular Kite. There were just a few bits that had me stepping off for a pace or two. The Kite continues to amaze me with its forgiving nature. I have got into a few slides on it, but never crashed, and the lightness, compared to a fully or heavier 29er really starts to be noticed after a couple of hours.

I was happy to be using an overbuilt Thomson stem when I whacked into a hole at the bottom of the Snail Trail but that was about the only moment I had. Jungle Gym and Labyrinth were all sweet as was the wetlands track. I wasn’t going to hit 491 just yet : )

I noticed something else which was completely unexpected. While riding at WTP I am often skidding my rear wheel when riding my drop-barred Karate Monkey or Santa Cruz Superlight. The relative “ineffectiveness” of rear cantis put paid to that! I am convinced that the mini-vees on the front though are the best thing next to discs and I was very impressed with how well they handled the Summit road descent, up to 23% in places, according to Strava. I only had to get off once at the very bottom where the deep rain ruts directed me into the bush. I am still not sure whether to ride it at the Huka at the moment. I might head out to WTP one more time.

This is my first real ride on my Singular Kite cyclo-cross bike. I am loving it so far. It was hard taking it out into the wild where it might get muddy, but that day had to come. Its all been good so far, except for one thing. The elephant in the “CX room “.Cantilever brakes. Life is too short and brakes have come too far for me to put up with them. Tradition be damned. My good buddy Marco kindly donated some pristine XTR canti “stoppers” for the back, and while they may score highly in retro points I can only tell they are activated when I hear a slight howling sound from the back. On the other hand, the standard v-brakes I have on the front feel very similar in feel to the Avid mechanical discs I have on my drop-barred karate monkey. There will be some mini-vees making it onto this bike as soon as I can afford it!

I am loving the Salsa Bell lap handlebars at the moment too, 44 cms wide. The ride is smooth and the handling very predictable. Not a hint of a twitch anywhere. I will have to wait til I get some dedicated wheels before I can tell how much of the ride feel is because of these carbon rimmed wheels currently on it. 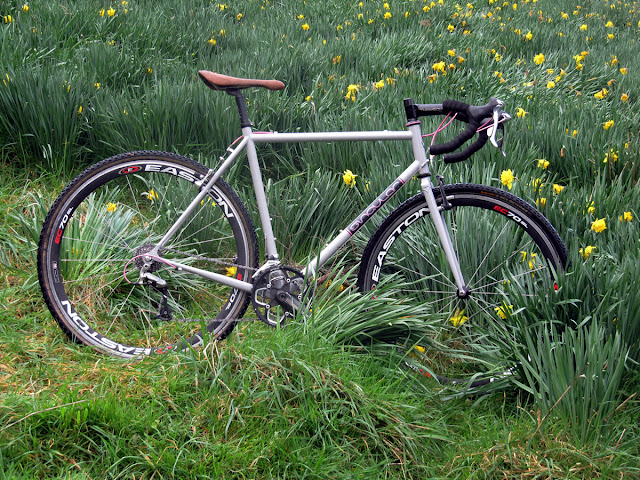 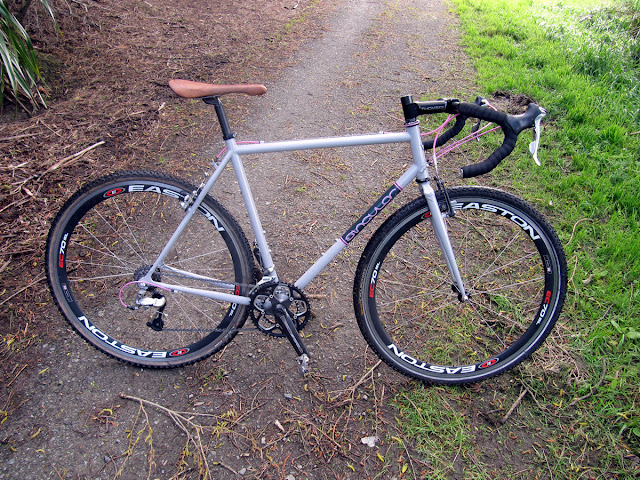 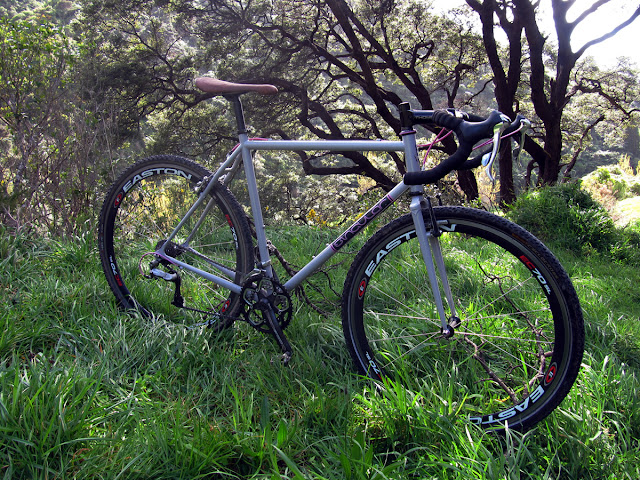 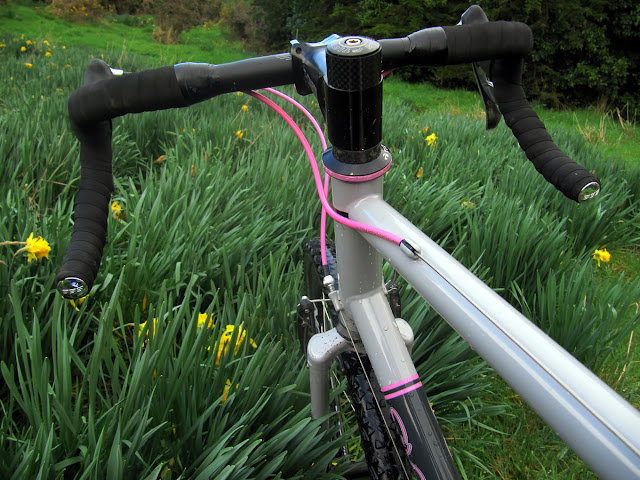 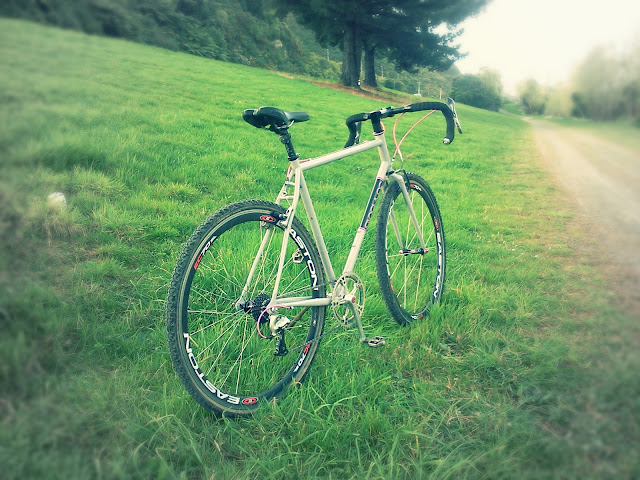 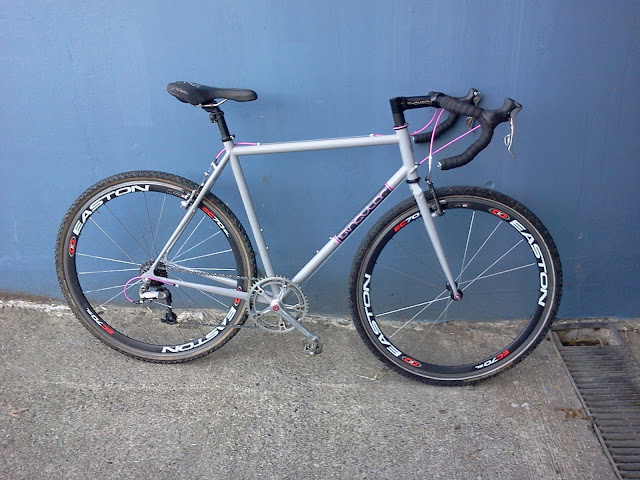 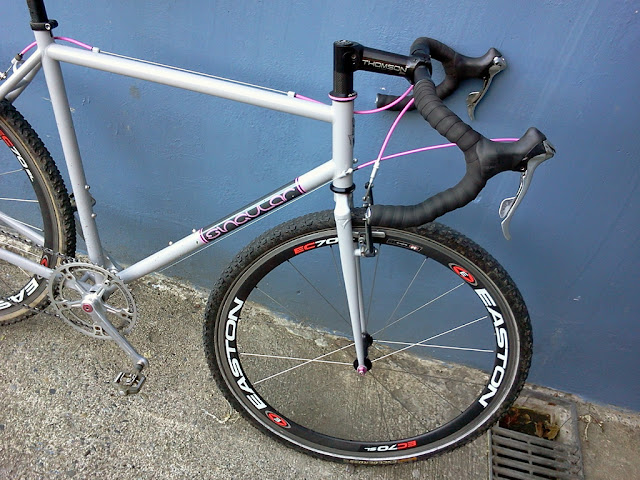 Heres the frame. The drop-outs on it are very pretty. Better pictures later. 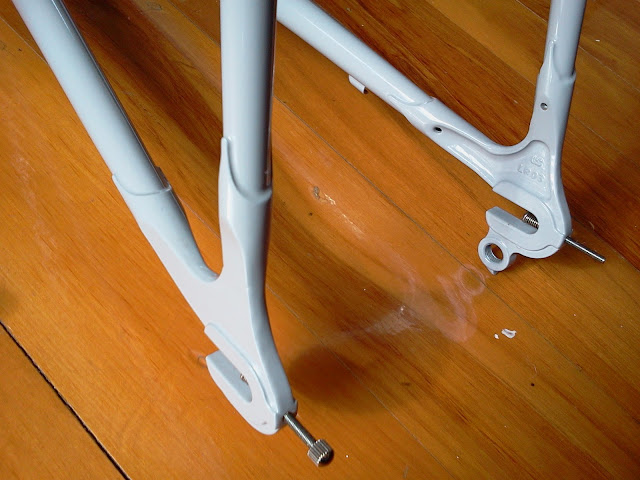 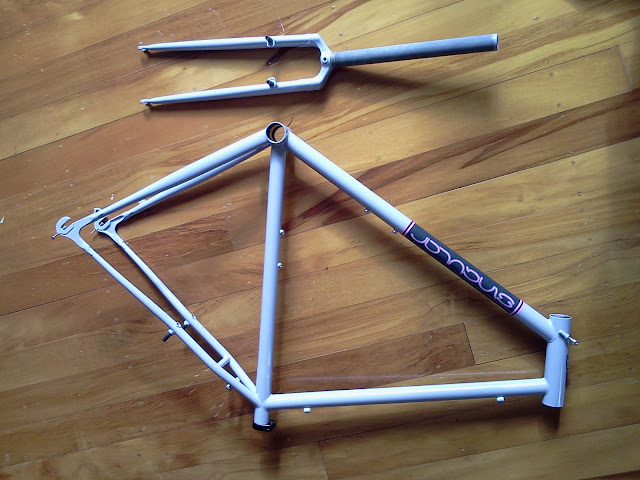 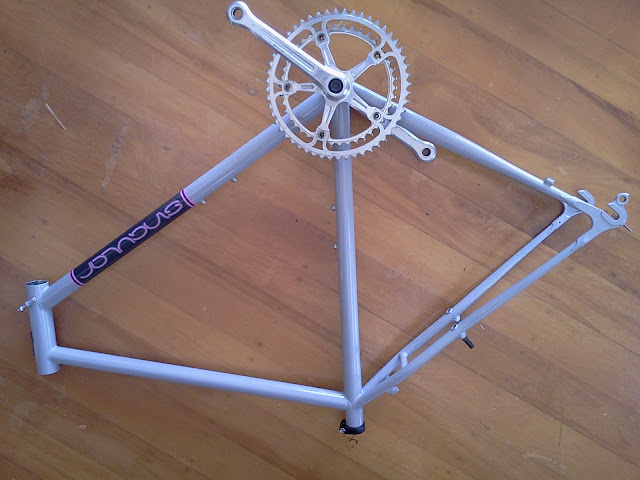 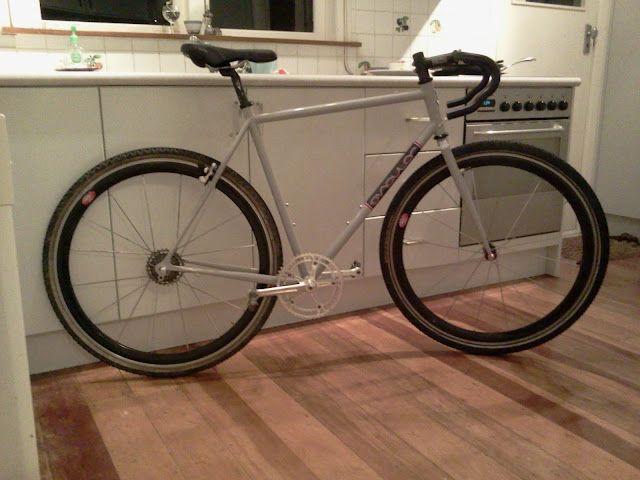 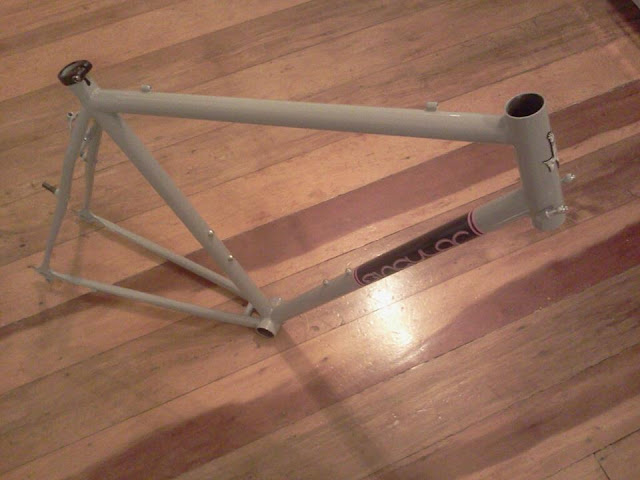 Hopefully will have one of these built up soon. A bit late for CX season though.
This sure is a purty one. Singular Kite. 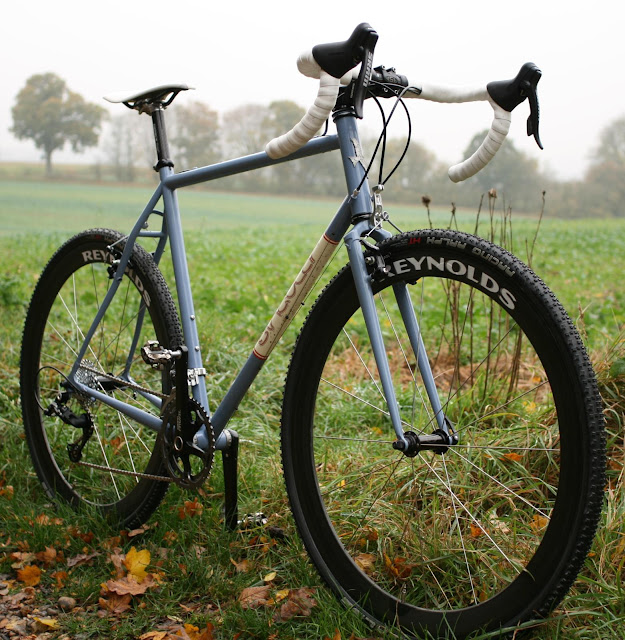 Image borrowed from the “interweb”.