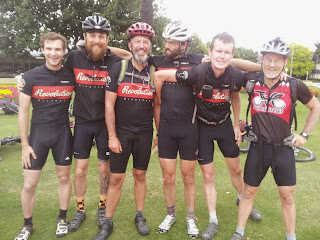 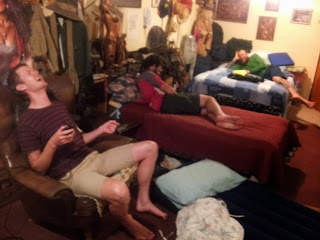 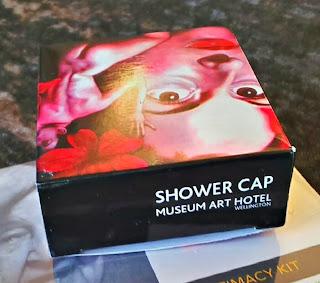 I read where a runner broke her pelvis in the mountains and saved her life by virtue of a shower cap in her kit despite two nights in sub zero conditions. Then of course she was left with debilitating hospital fees to try and pay off. We don’t know how lucky we are living in a country with a welfare state.
Jeff’s bike stories and links from Wellington New Zealand

For the previous two Kiwi Brevets I have gone with the comfort of a 26er fully. This time I am going with a 29er fully-rigid.  Roll-a-bility versus comfort is the plan. I’m also planning to carry all water on the bike rather than have 3 litres of it on my back, to cut back on “butt trauma”. I am foregoing aero bars and bar ends for Woodchipper drop bars which also give a lot of different hand  positions. The KM might be a tad lighter if I manage to tubeless the tires.

In the world of cycling we are bombarded with
more BS than we can deal with with regard to so called improvements in
bicycle design, which in my opinion often serve only to further complicate what
was in its original format an elegantly simple thing.

The
bicycle is going the way of the luxury yacht and when hydraulic brakes
on road bikes became standard the average punter will be taking his bike
into the shop for all maintenance I guess.

It was a real surprise to hear the other day that a company
has finally started doing what they should have been doing for years,
creating forks that will work on multiple wheel sizes. The X-fusion
brand are building several forks that cover multiple sizes.
27.5 to 29 inch forks, and 26 to 27.5 forks.

Whether we really need a 27.5 I don’t truly know, but when I
finally had a gutsful of the worst Rockshock I had ever known, and I
have owned 4 different models, I picked up a new X-fusion Velvet RL2
from Jville Cycles.  It comes with a straight steerered version AND a
9mm axeled version so its win-win for luddites like me. It
also comes with the ability to set it (internally) to 100mm, 120mm and
140mm travel, plus have an internal adjustment for 27.5 wheel sizes. One
fork fits all : )

So far I have loved it. Set with 120mm of
plush travel it is very confidence inspiring, and I have spent the last
couple of rides with a 27.5 loaner wheel from Francis on the front. Even
without making the internal adjustment for the 27.5 wheel size it is
really good, and you cant beat the price.

I heard a very interesting podcast about the drug Tylenol the other day on This American Life. It is the over-the-counter legal drug that kills more people
than any other in the US each year.
It
struck a chord with me because I remembered seeing a tweet from Taylor Phinney about the widespread use of this legal drug in the peloton and
how he didn’t agree with it.

To some people he came across very preachy, but to me it gave hope
for the next generation of cyclists who can look at someone like Phinney
and know that you can race even without “legal” drugs.

As I
found in the This American Life Podcast, the scary thing about Tylenol
is its low margin for error. Twice the recommended maximum dose could
cause you real problems or even death. Compare this to something like Ibruprofen which has a many times larger margin for error.

According to the This American Life podcast 150 people a year die from taking acetaminophen in the US (the active
ingredient in Tylenol) but in a country where 1 in 6
take it at least once a year that’s probably not seen as a massive
problem.

What I wonder about is what happens when an athlete takes it and
their body is already under massive stress? Maybe their high metabolism
cycles it through and its not a problem.

What concerns me more is
when NZ coaches and their riders are seen via social media promoting
the use of legal pain killers as a legitimate option, just because it is
not illegal.

Promoting pill popping is not doing anyone any favours and only encourages the “arms race” . Anyway, listen to the podcast, its very interesting.