I just picked up a new tire from Jville Cycles and its worth sharing. Its the Continental SpeedRIDE. 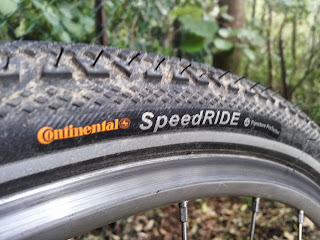 I
initially thought it was a Cyclocross tire, but in fact its more of a
trekking/touring tire. It has the same tread as the Continental Speed Cyclocross, but is 42mm wide instead of the CX legal 33. The only other
difference is some very faint tread below the shoulder knobs, that is
missing on the CX version.

These tires replaced some very worn cheap CST tires that I was
commuting on but the difference in rolling resistance is very
noticeable.

With an IWR (Inflation to Weight Ratio – I just invented
that, I think) of 1.4  (70kgs/50psi) it rolls incredibly well on the
road but is still very comfortable on the gravel.  Obviously in the mud
they are going to be pretty hopeless, but they are not designed for
that. 50psi makes them very comfy but another 10psi should liven them up a lot more if necessary.

I get the impression this is going to be a great tire on
hardpack and dry clay so I am looking forward to trying it out in those environments. They were purchased for a ride from Rotorua to Taupo through the new Geothermal Wonder Ride, but a crappy weather forecast dealt to that adventure.  I saw them as an alternative to Sammy Slicks but the tread is not as aggressive as those so it may roll even quicker. 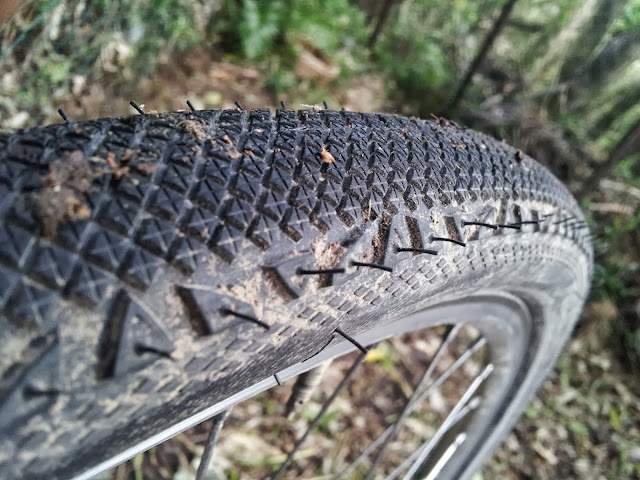