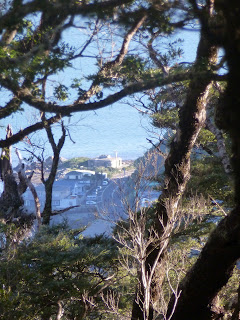 The other day Cleetus asked me if I had any photos of the local trails that we ride and run on around Welly, for sending to some of his international cohorts. I had to admit that I didn’t, so when we went out for a long run on Queens Birthday monday he took his camera and we did some videoing. Apparently having “wilderness” this close to an urban environment, especially with man made trails on, is unheard of overseas. I guess we are spoilt for choice and dont even know it.

When I was working at Gracefield, heading up the Wainuiomata Hill and along the ridge to Mt Lowry was one of my favourite lunch time runs, ripping along through the Beech Forest. If you hung a left at the top of the Wainui Hill then you could keep climbing (running) for 22 minutes. Thats real value for money training in my book. Of course, since we moved my work campus from Gracefield to Avalon (2kms from my house), they have built the incredible Wainuiomata Trail Park. Bad timing for me.
We headed up into the Hills above Eastborne on an awesomely steep out and back course. 677 metres in 10 kms. I love that stuff, well the climbs I love, the descents suck for me as my knees don’t like descending at pace. See below some youtubings.

Fellow Voodoo Lounger Neil gifted me his crashed Durace 10 speed shifters the other day. They have adjustable reach and the cables go in tight against the bars unlike previous versions which stick out in the air. They look great and feel good. The seem to have a deeper hood area than the older 9 speeds they replaced. Thanks Neil! 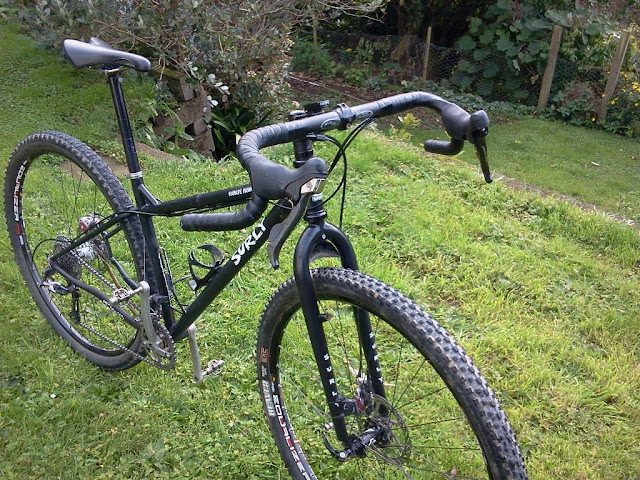 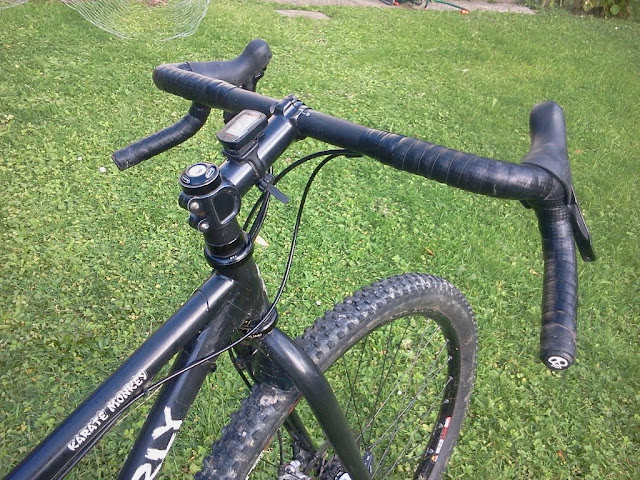 Did I ever tell you the one about Fast Derek and the tooth brush?

I
was out on an Akatarawas ride with Fast Derek some time about 1993. Well
compared to Slow Derek he was fast, and in fact one year Fast Derek
even won the Wellington road champs, and while the road scene in
Wellington back in the early 90’s was practically flat-lining, it was
still a well deserved win for Derek as he attacked on the final approach
to the finish while the usual suspects tried not to lead each other out
in the sprint. Pretty good for a triathlete.

Fast Derek was like the rest of us, a typical Hutt Bogan and did
unspeakable things like riding really old bikes with mis-matched
group-sets, and shock horror, he had even been observed wearing
home-made arm-warmers. Not the kind of thing likely to get him invited
on invitation only group rides with strict dress codes.

Slow Derek on the other hand was famous for getting beaten one year
in the 100km Rainbow Rage by one guy with no legs, and two guys with one
leg each. Realising his strengths lay elsewhere Slow Derek moved into
the administrative side of cycling. But I have digressed. So Fast Derek
and I were doing an Akas ride on the weekend, possibly as training for
the Nelson to Christchurch time trial, I cant recall. The night before I
can remember swapping my tire, I think it was a 25mm one, onto my
trusty Avanti Super Sprint.

The ride started well enough although there was a slight hop in the
wheel. I must have changed it in too much of a hurry the previous night
and not seated it well enough. Part way up the hill I noticed the tire
was getting a bit squirmy, maybe I hadn’t tightened up the valve
properly so I added a bit more air.  By the top of the Hill it was
getting flat again. Damn it. Time to put in a new tube.

I ripped off the tyre and was surprised to see a toothbrush come flying out of the tyre when I pulled out my tube!

I
was in the habit of cleaning my bike with a tooth brush, and there was
one on the shelf above where my tire was hanging. It must have dropped
down into the cavernous expanse of my 25mm tire as I pulled it off the
wall. That was the first and last time I, or I am guessing anyone else
rode 50kms with a toothbrush in their rear wheel.