I knew I was really looking forward to 2012’s Kiwi Brevet when I was daydreaming about the new course and I nearly rode into the back of a parked car. I also had this strange dream where I was riding my bike flanked by a group of Pukekos. Birds are very portentous to me. Native birds anyway. Maybe it was a combination of Brevet memories of all the Wekas we came across near Moana, and the time we were riding with a baby deer. The mind does strange things. I have done a lot of very cool things over the years on my bike, but so far the Kiwi Brevet tops them all. A special combination of adventure, camaraderie and challenge.

Last time I was very green, and apart from doing Outward Bound in 1984 I didn’t have much outdoor experience. My aim was to able to cope with anything that nature threw at me. I wasn’t interested in buying into the “accommodation anxiety” thing, riding on into the small hours to try and make it to pre-booked accommodation. I felt the need to be prepared. If you break a freewheel in the middle of the bush your credit card wont save you, so I took a bivvy sack and a sleeping bag.  As it happened we did experience a breakdown of sorts with my buddy coming down with heat-stroke and an enforced camp 3/4s of the way up the Mangatapu on day 1. Its not like he wasn’t fit. We had done a fair bit of training together and I was worried about keeping up with him to be honest. Anyway, we had the gear for a comfy night out so we were sweet. It was the most memorable night of the ride for me too. Camped out on Murders rock, with an amazing night sky.. 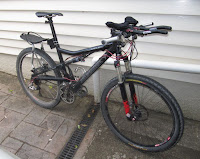 In the end we were all very lucky, with good weather the whole time and what seemed like a perpetual tailwind. That doesn’t mean to say it will be the same this time around. New Zealand’s weather can be very changeable.

This time I am looking at different bike options. Last time I adopted a pretty simple approach. I brought a Freeload rack and bolted it onto my Santa Cruz full suspension bike (my installation pix here). Freeload built the first, and to my knowledge only rack that will bolt on to almost any fully (or suspension fork). If you have a fully the only other option is one of these overgrown seat bags. Having never used a seat bag I cant comment on how they work. I guess the weight is up a little higher. Freeload also do a pannier specific rack now, which I have but have yet to test. 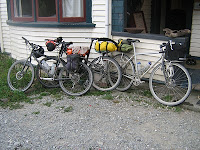 I ended up riding with two other guys with Freeload racks. Jonty had them on both ends and Nick had one with panniers on the back. While they would have have been very envious of my fully as we rode through the Molesworth corrugations, I was very envious of the ease of access that Nick had to gear in his saddlebags. There was no messing about with un-strapping a dry bag which you probably just spent 15 minutes cinching up so it wouldn’t wobble off after a couple of hours on a gnarly track. A couple of small side panniers like Nicks were brilliant.

Now that I have a rigid 29er Surly Karate Monkey I am wondering if I should use that. Its going to be at least 2 pounds heavier than the Santa Cruz which weighed in at 28.5 pounds with aero-bars and rear rack (no load). The 29er wheels roll beautifully and I am not yet convinced the weight would make a lot of difference.

It didn’t seem to be a problem for the Aussie Brovet guys who came over with their fully loaded Salsa Fargos.  There is a hell of a lot of climbing in the Kiwi Brevet, but it is spread out over 1100kms. Its got to be pretty damn steep for a heavier bike to make a big difference. There will be a few very steep segments this time around, probably more than there was last time, but if it comes down to it, if you get out of bed 30 minutes earlier the next day, any disadvantage from having a heavier bike would be gone (I think). This implies a degree of competitiveness, which we weren’t actually buying into in 2010.  I am pretty sure I wont be buying into it again in 2012 ! The Karate Monkey is also a very simple bike, cable discs which are so set and forget, compared to my finicky hydraulics, and friction bar-end shifters. No pivots or shocks to break. Who am I trying to convince?

Riding a fully in 2010 made it fun for me. I am wondering if that’s what kept me fresh and enabled us to bang out the last 200 plus kms from Hanmer in under 11 hours. How tired would I be if I rode a steel rigid bike the whole way. That is the big question. Am I stuck on the big-wheeled band-wagon? I guess I need to do a few long rides. Some with CX tires, some with full sized tires. The CX tires fairly scream along on the flat stuff, but in lieu of suspension, a fatter tire is the only suspension you will be getting on a rigid frame.

More questions, a camera or not? I took some good photos last time, many of them good enough to be used in magazines, and I also used my little phone to take some passable photos for blogging. What’s the use of doing such a cool event if you don’t take the time to snap a few quality shots to document it and skite about what a fun time you are having while you are doing it! There is a lot of weight in there if you also take a phone charger, plus one for your lights. The new Ayup light’s batteries come with a low-power light setting so that could greatly extend battery life. 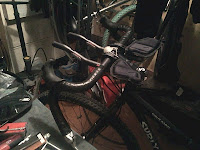 The next thing I am geeking out on is a bivvy sack versus a tarp. A tarp could be a bit smaller and breathe a lot better. I only used my bivvy sack twice last time and I found it a bit sweaty. Here is a very cool set-up. Charlotte used one like this in 2010. Check out this website pimping the pros of “quilts“. It actually makes a lot of sense.I am also keen to use aero bars again, they are a great place to hang some light gear off and you really appreciate having another position for your hands, and the ability to stretch out and take some more weight off your butt. I made sure I was well used to my aeros before the last Brevet and even did a lap of the Coppermine circuit when in Nelson with them on. Right now I am messing with some home-grown minimalist aeros in my shed. Never throw anything out : )

So that’s were I am at at the moment.Thinking about the Kiwi Brevet on February 4th 2012.
Only 134 sleeps !

I reckon you are better to have a crappy camera in your pocket than an expensive one at home in your cupboard. Here are some of my favourite pix. None of them are from particularly flash cameras. All of them point and shoots, a Canon Power Shot A460 and a Canon Power Shot SX200IS.

If you want to see what you can do with a compact camera, check out this guy’s stuff, its really impressive. http://www.gnatlikes.com/
﻿﻿

That was the worst I have felt in race since the singlespeed world champs last year.
I was flatter than a flat thing. Such is life. But I have got to tell you about it just so I can include this cool photo that Craig Madsen took. You can’t tell that I am complete rubbish in it. At least I had the option to have a free beer on each lap, not that I did… I dont think I have recovered from the 6-peaks 6-pack ride I did a few weeks back… thats probably why I am flat… Too old for that kind of nonsense.
Craig Madsen had just got off the plane from Interbike 2 hours earlier, he raced, took photos and was full of gossip and tales which I could tell you about but then I would have to track you down and kill you, and I am too flat for that right now..

Well done to Bike Hutt’s Mike Anderson for putting on a great series of events. Cyclo-cross was the winner on the day and there were costumes and all sorts of dodgy things going on. I am not sure, but I think one of the Hawkes  Bay guys won, but on a beer count-back the local Yeti Alex Revell may have taken home the trophy. A good report here from Ken.

Legend of the day had to go to Mark Humphries for riding his Pugsly in all three races! He is gonna kill himself or get very very strong. It was also good to see “Frog” Woodward who I don’t think I have seen since the North Island Cup at Dry Creek in 1993. Funny how things go. I am pretty sure that back then Frog was on a double chain-ring set-up with drop-bars. How bizzare. There is truly nothing new under the sun.

It was great catching up with heaps of the local crew and some of my old Brevet buddies who are starting to get a bit amped about Simon Kennett’s 2012 Kiwi Brevet !! 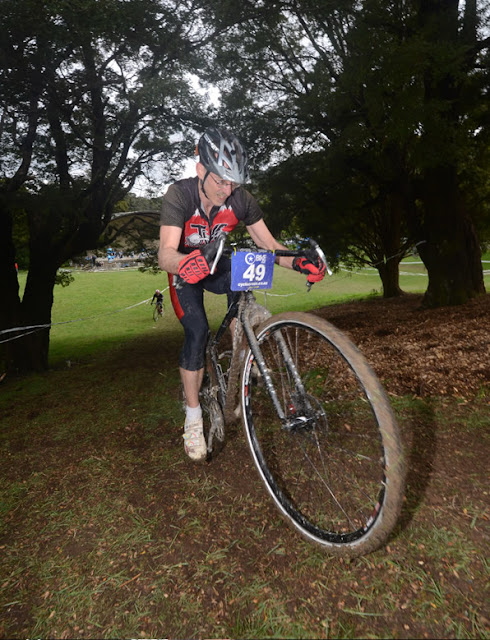